Parents should not be complacent about the risks of teenagers using cannabis, experts are warning. 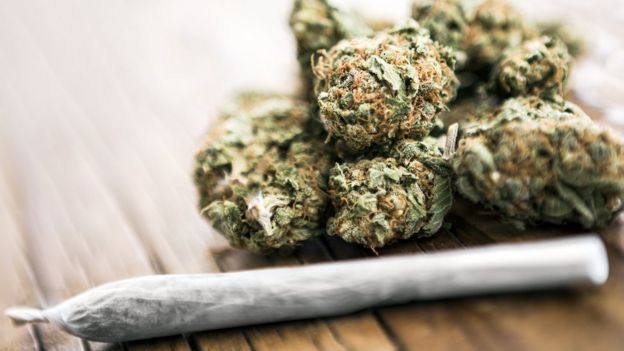 UK and Canada researchers said they had found “robust” evidence showing using the drug in adolescence increased the risk of developing depression in adulthood by 37%.

They said the findings should act as a warning to families who saw cannabis use as part of the growing-up process.

The team added that the developing brain was particularly susceptible.

The researchers – from University of Oxford and Montreal’s McGill University – said cannabis use in the young was an “important public health issue”, particularly given that cannabis available today tends to be much stronger than it was previously.

Around one in nine young adults and teenagers use the drug each year in England and Wales.

How risky is cannabis?

This is the first time the actual risk has been quantified in this way.

Young people who had already shown signs of depression or had a family history of the condition were excluded.

It found cannabis use before 18 increased the chance of an individual developing depression in young adulthood – defined as before the age of 35 – by 37%.

In terms of numbers that means around one in 14 cases of depression in that age group – around 60,000 in the UK – could be attributed to drug use in the teenage years.

So is this proof?

No. The researchers were unable to prove cannabis use was definitively causing depression.

Evidence has suggested that the drug affects the parts of brain that govern rational and emotional thinking as well as serotonin levels that influence mood.

To prove the link, trials would have to be conducted on young people – something that will never be done because it is unethical.

King’s College London psychiatrist Prof Sir Robin Murray said the research could not be considered conclusive, but acknowledged the findings were “probably correct”.

He said the risk of developing depression was smaller than what has already been established for schizophrenia-like psychosis.

He also said it was likely that any risk would be also down to the amounts of cannabis consumed and the strength – something this study was unable to unpick.