People with a non-O blood group have a slightly increased risk of heart attack and stroke, research suggests. 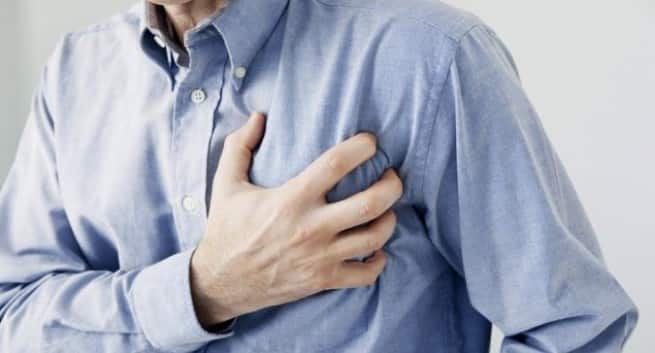 Scientists say it could be because higher levels of a blood-clotting protein are present in people with A, B and AB blood.

The findings could help doctors better understand who is at risk of developing heart disease, the researchers said.

But a heart charity said people should focus on giving up smoking and eating healthily to reduce their risk.

Although the increase in risk was small, when applied to a whole population the numbers become more important.

Previous research found that people with the rarest blood group – AB – were the most vulnerable, being 23% more likely to suffer heart disease.

The most common blood group in the UK is O, which 48% of the population have.

There are a number of factors which can increase the risk of heart disease, such as smoking, being overweight and leading an unhealthy lifestyle.

These are all things we can do something about – unlike our blood group.

Which group you belong to is determined by the genes inherited from both parents.

Study author Tessa Kole, from the University Medical Center Groningen in the Netherlands, said more research was needed to work out the cause of the increased cardiovascular risk in people with a non-O blood group.

And she said looking at the risk for each individual blood group would help.

She said: “In future, blood group should be considered in risk assessment for cardiovascular prevention, together with cholesterol, age, sex and systolic blood pressure.”

People with blood group A – who are known to have higher cholesterol – may need a lower treatment threshold for high blood pressure, for example.

Around 1.5% in the first group and 1.4% in the second experienced a heart attack or angina.

When the researchers looked at fatal heart events, they found no major difference in risk between the O and non-O blood groups.

Dr Mike Knapton, associate medical director at the British Heart Foundation, said the findings would not have a large impact on the current guidelines used to assess someone’s risk of a heart attack.

“Most of a person’s risk estimation is determined by age, genetics (family history and ethnicity) and other modifiable risk factors including diet, weight, level of physical activity, smoking, blood pressure, cholesterol and diabetes.

“People with a non-O blood group type – AO, BO and AB – need to take the same steps as anyone wanting to reduce their CVD risk.

“That includes taking sensible steps to improve their diet, weight, level of physical activity and not smoking, and where needed, manage blood pressure, cholesterol and diabetes.”