San Francisco has become the first US city to ban e-cigarette sales until their health effects are clearer. 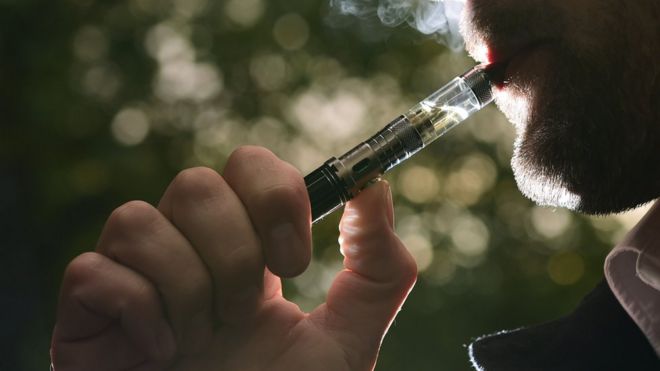 Officials on Tuesday voted to ban stores selling the vaporisers and made it illegal for online retailers to deliver to addresses in the city.

The California city is home to Juul Labs, the most popular e-cigarette producer in the US.

Juul said the move would drive smokers back to cigarettes and “create a thriving black market”.

A deadline had initially been set for August 2018, but the agency later said that more preparation time was needed.

San Francisco’s City Attorney, Dennis Herrera, who campaigned for a ban, praised the move and said it was necessary because of what he called an “abdication of responsibility” by the FDA in regulating e-cigarettes.

According to the US Centers for Disease Control and Prevention, the number of US teenagers who admitted using nicotine products rose about 36% last year, something it attributed to a growth in e-cigarette use.

Under federal law, the minimum age to buy tobacco products is 18 years, although in California and several other states it is 21.

Juul previously said it supported cutting vaping among young people but only in conjunction with tougher measures to stop them accessing regular cigarettes.

The company’s small device, just longer than a flash drive, has about 70% of the US vaping market.

“We have already taken the most aggressive actions in the industry to keep our products out of the hands of those underage and are taking steps to do more.”

He said traditional tobacco products will “remain untouched by this legislation, even though they kill 40,000 Californians every year”.

Juul, 35%-owned by Marlboro maker Altria Group, has already withdrawn popular flavours such as mango and cucumber from retail stores and closed its social media channels on Instagram and Facebook.