Nearly two-thirds of people with asthma are still not receiving the basic level of care despite claims it could prevent two out of three asthma deaths a year, according to a survey by Asthma UK. 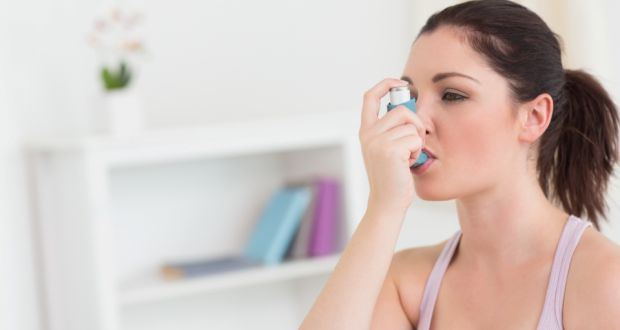 “As a mum who has lost a child to an asthma attack, I don’t want any other parent to go through what we have.”

Donna, of County Armagh, added: “I didn’t realise how serious asthma was, and I found out in the most devastating way, when my boy died in my arms.”

According to the survey, Northern Ireland had the best performance for basic asthma care across the UK, with 48.2% receiving basic care – and Donna maintains that Tiernan had been receiving satisfactory support for his asthma.

At his inquest, the coroner said Tiernan had an asthma review lined up with his nurse, but tragically died before he had the chance to go.

Yet Asthma UK’s annual report – which surveyed 7,611 people – found that only 35% of patients with asthma in the UK are receiving the most basic level of asthma care.

Based on the proportion of people in the survey who responded – and applied to the UK’s asthma population as a whole – the charity believes 3.5 million asthma sufferers are not receiving basic care.

A lack of basic care can be fatal. NHS data from the past four years shows, on average, someone is admitted to hospital for an asthma attack in the UK every eight minutes.

“Tiernan came to my bedroom door, having an asthma attack, gasping for breath. He was pale, his lips had turned blue and he was taking his inhaler but it wasn’t helping,” said Donna.

“I called an ambulance and was on the phone when he turned to me and said, ‘mum I’m going to die tonight’. It was the most frightening moment of my life.

“Tiernan collapsed on the floor and stopped breathing and I gave him CPR while my daughter continued talking to the paramedics, but he died before he got to hospital.

“Losing Tiernan has left a big hole in our lives.”

Donna has joined forces with Asthma UK to campaign for better care.

“Mums often tell me that doctors are brushing aside their worries about their children’s asthma and they aren’t being given what they need.”

Dr Imran Rafi of the Royal College of GPs said: “This report recognises that we need better information sharing between primary and secondary care to improve the outcomes of patients with asthma, and we agree that this process needs to be more seamless to ensure patients are receiving the best possible care throughout.

“It is also vitally important that patients understand their treatment and how to properly use equipment, such as inhalers, and we support any measures that encourage patients to feel more confident to manage their condition effectively and appropriately.”

An NHS England spokeswoman said: “GPs are best placed to provide appropriate asthma treatment and we are rolling out support to help them improve the diagnosis and treatment of the condition, including the development of local hubs that will make testing more effective.”