More young people under 50 are being diagnosed with bowel cancer, two studies of the disease in European and high-income countries have found. 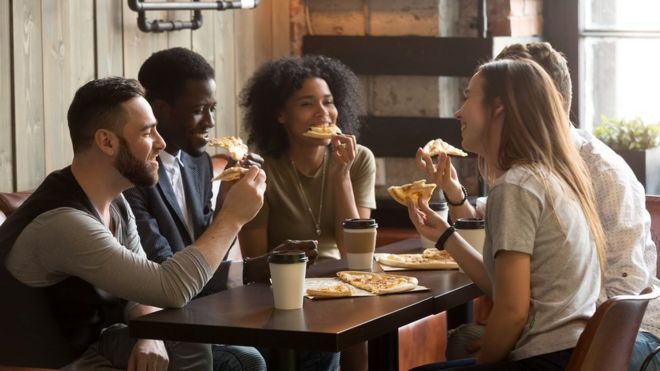 Although total numbers of cases in young people remain low, the studies highlighted a sharp rise in rates in 20 to 29-year-olds.

Researchers are not clear why this is happening, but say obesity and poor diet could be factors.

As a result, countries with established programmes, like the UK, have seen bowel cancer rates in the over-50s fall.

But recent research suggests rates are now rising more steeply among under-50s – and there have been calls for screening to start at 45 instead, in the US particularly.

In a study in the journal Gut, Dutch researchers analysed trends in 20 European countries, including the UK, Germany, Sweden and France, using data from more than 143 million people.

They found a rise in cases of bowel cancer between 1990 and 2016 in most countries – with the most significant increase among people in their 20s.

The researchers, from the Erasmus MC University Medical Center in Rotterdam, said if the trend continued, screening guidelines may need to be reconsidered.

Another study, in the Lancet Gastroenterology & Hepatology, appeared to confirm the trend among young adults in high-income countries, including the UK, Australia, Canada and New Zealand.

Dr Araghi added that more studies were needed “to establish the root causes of this rising incidence to enable the development of effective preventive and early-detection strategies”.

Andrew Beggs, consultant colorectal surgeon from the University of Birmingham, said rising rates of bowel cancer among young patients “must be urgently investigated”.

“This means the age at which bowel cancer screening needs to start may have to change to screen people at a younger age, and people under the age of 50 with any ‘red flag’ symptoms (bleeding, a change in bowel habit, weight loss or tummy pain) should get it checked out as soon as possible,” he said.