Congo health officials say that a case of Ebola has been discovered in Butembo, a city of 1.4 million people in the country’s northeast. 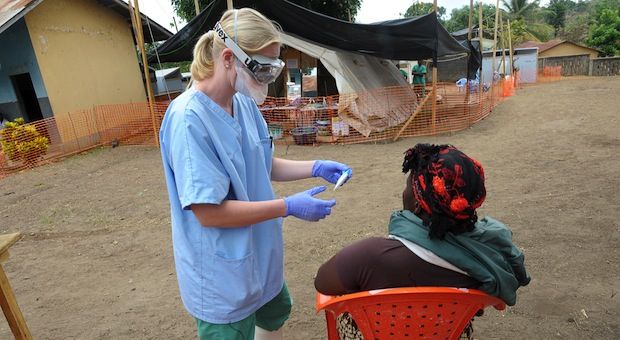 Jessica Ilunga, a Ministry of Health communication officer, said Wednesday that Congo’s government and the U.N. World Health Organization are taking immediate steps to contain the new Ebola case in the urban area.

Butembo is the largest city in Congo’s North Kivu province and health experts worry that the contagious Ebola could spread rapidly among its dense population.

MORE THAN 60 SICKENED AFTER EATING AT PASHA MEDITERRANEAN GRILL

The city’s mayor, Sylvain Kanyamanda, urged residents to be calm and to maintain hygienic conditions.

Since August 1 the current Ebola outbreak has seen 93 confirmed cases which have caused 54 deaths .

Health officials have started a vaccination campaign but they have been hindered by sporadic attacks by rebel militias operating in the eastern Congo region.

The World Health Organization said “substantial risks” remain in the ongoing outbreak, noting that while control measures appear to be working, health officials are still unable to track exactly where the deadly virus is spreading.

The U.N. health agency said most patients recently admitted to Ebola clinics were given experimental treatments and that many contacts of cases have been immunized with a novel vaccine.

Four of the 13 new cases from the city of Beni were not previously identified as contacts, meaning officials don’t know how they were exposed to Ebola. WHO also reports “sporadic instances” of high-risk behaviors like unsafe burials, which could worsen the outbreak.