Eminent breast-cancer doctors disagree on whether to prescribe less chemotherapy; some worry about the treatment’s ‘toxicities’ and others say it saves lives 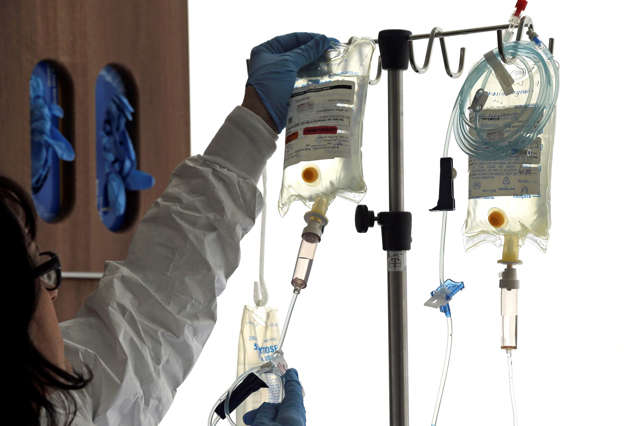 Doctors are at odds over whether some women with breast cancer should have chemotherapy—one treatment among the arsenal long seen as crucial to fighting the disease, along with surgery and radiation.

Many oncologists are shunning chemo as risky and ineffective at combating some early-stage breast tumors.Traditionally, the majority of women with invasive breast cancer were treated with some combination of surgery, radiation and chemotherapy.

A shift to less chemotherapy or none at all, called “de-escalation,” is being hailed by some as revolutionary, following what some doctors see as years of overtreatment with drugs that may have harmed more than helped. Proponents of de-escalation say chemotherapy—the use of chemical agents to treat the disease—should be used only when it appears likely to reduce the chances of the cancer spreading.

In the past, chemotherapy was widely considered crucial to care. But advances in understanding tumor biology have changed the way many doctors approach chemotherapy. With genomic testing—which looks at genes that affect cancer—a tumor is given a score. A low score means a woman has a good prognosis and won’t benefit from chemotherapy.

In 2014, Faye Ruopp, of Chestnut Hill, Mass., learned she had invasive breast cancer. Her tumor was 1.3 centimeters and “growing fast” says Ms. Ruopp, a former math teacher. On the genomics test, her tumor got an ambiguous score—“at the top of the low end.”

Ms. Ruopp’s physician, Eric Winer, director of the Breast Cancer Program at Dana-Farber Cancer Institute in Boston, says her case wasn’t a “slam dunk.” Indeed, Dr. Winer says, “there was the very real possibility we would give her chemotherapy.” Patient and doctor discussed the pros and cons and decided: no chemotherapy. Her treatment consisted of the original lumpectomy surgery, radiation and hormonal therapy. Ms. Ruopp, now 67 years old and a math coach, had hoped to avoid chemo and says she has no misgivings: “You need to trust your oncologist.”

Treatments for those who decide against chemotherapy still include surgery and radiation. Women whose tumors are deemed receptive to the hormone estrogen, will get hormone therapy. They can take pills, such as Tamoxifen, which reduces the risk of recurrence.

Use of chemotherapy to treat early breast cancer has been declining, according to a study led by Dr. Katz and Stanford oncologist Allison Kurian published in December in the Journal of the National Cancer Institute. The study of about 3,000 women with early-stage breast cancer—and some 500 doctors who treated them from 2013 to 2015—found that use of chemotherapy declined overall during that time, to 21.3% of cases from 34.5%.

At the MD Anderson Cancer Center in Houston, oncologist Gabriel Hortobagyi, in practice for more than four decades, can still recall the years when high percentages of women died from breast cancer. He credits chemotherapy for helping achieve a turnaround, saying “tens of thousands, maybe hundreds of thousands” owe their lives to it.

Genomic tests can help determine who can benefit from chemotherapy, says Dr. Hortobagyi, but he worries about “pejorative” attacks on chemo.

“There is clearly a need for addressing the toxicities of the treatments,” Dr. Hortobagyi says, “but we have to do it responsibly and on the basis of the highest level of evidence. We can’t simply go out and say, ‘As of tomorrow, I will go and give half the chemo,’ in the absence of evidence that [it] would work.”