Global health officials are monitoring a possible resurgence of the Ebola virus in the Democratic Republic of Congo amid reports of an outbreak of the feared contagion near the country’s northern border. 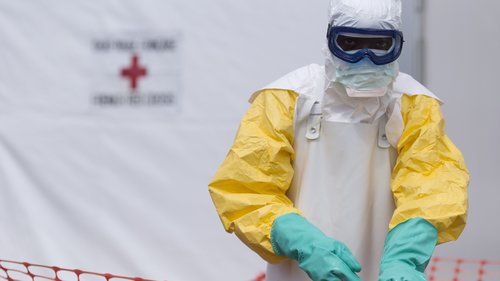 Public health officials in the DRC have reported at least 43 cases of suspected Ebola and four deaths. While only two of the cases have been positively confirmed in a laboratory to be Ebola, experts at the World Health Organization and the United States’ Center for Disease Control and Prevention are closely monitoring the situation and teams are already in the isolated region in an attempt to contain the outbreak.

‘‘The Likati health district is in a remote area, but contact tracing is essential to contain the outbreak in its focus; the DRC can rely on very experienced health workers for this purpose,” Yokouidé Allarangar, WHO representative in the DRC, said in a statement earlier this month.

This is the eighth epidemic of Ebola in the DRC since the discovery of the virus in 1976 and comes just three years after an outbreak in West Africa killed over 11,000 people and created a global panic. It is still unclear how Ebola outbreaks begin, but researchers theorize that it could come from people eating infected pieces of “bush meat” – the meat of primates and other wild animals sold in local markets – or from bats carrying the carrying the virus.

The DRC may have past experience dealing with Ebola outbreaks, but experts contend that the remoteness of the outbreaks’ hot zone – the northeastern Bas-Uélé province – and the country’s ongoing civil conflict make efforts to contain the virus’ spread difficult.

“The logistics are difficult,” Jesse Goodman, director of Georgetown University’s Center on Medical Product Access, Safety and Stewardship, told Fox News. “It’s a real challenge, but they have identified the area and are tracking a large number of contacts.”

The area – located over 300 miles from the DRC capital of Kinshasa – has very few passable roads and bridges open during this time of the year, so helicopters are required to bring teams and equipment to the town of Likati, where motorcycles take over. Health workers have already built two mobile labs, but a generator in one failed and had to be replaced.

The DRC’s government, along with the research arm of Paris-based Doctors Without Borders, submitted to an ethical review board on Wednesday a formal trial protocol for an unlicensed vaccine. If approved, the vaccine – developed by Merck and stored in the U.S. – could make it to at-risk people within two weeks. To speed the process, WHO recently issued a “donor alert,” requesting a six-month budget of $10.5 million to support the vaccine study and to fund surveillance, infection prevention, social mobilization and decontamination efforts.

“DRC’s crisis is often overlooked by media and an international community focused on the latest disaster or conflict to capture their attention,” the IDMC report stated. “This will have dire consequences for several million people in desperate need of assistance. The country has been in conflict for the best part of 20 years, but evidence shows that the situation for the most vulnerable has deteriorated severely in recent years.”

While the remoteness of the region experiencing the outbreak may pose challenges in treating and identifying those infected with Ebola, experts contend that the isolation could also play to their advantage by slowing the spread of infection. Still, they warn, even though the current outbreak is small and isolated, it needs to be carefully monitored to the neighboring war-torn nations of South Sudan and the Central African Republic.

“What the 2014 outbreak taught us is two things,” Goodman said. “Ebola is not going away and we can’t let our guard down.”