Eating fermented dairy products could protect against heart disease, a study has suggested. But consuming a lot of regular dairy products was linked to a heightened chance of developing a cardiovascular condition. 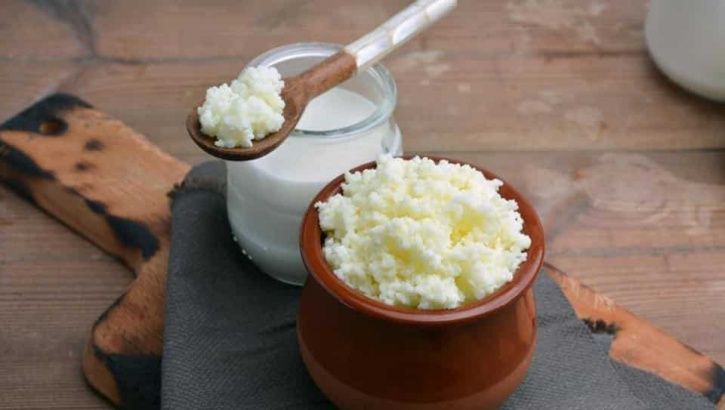 Emerging evidence suggests fermented foods have the power to prevent heart disease, but the results have been inconclusive. Fermentation involves adding live bacteria to dairy products, such as milk to create yogurt.

As many as 610,000 people in the U.S. die of heart disease each year: amounting to one in four deaths, according to the Centers for Disease Control and Prevention. Researchers at the University of Finland sought to provide new insight on what could stop cardiovascular problems.

For their study published in the British Journal of Nutrition, the team assessed data on 1,981 men aged between 42 to 60 years old who were taking part in the Kuopio Ischaemic Heart Disease Risk Factor Study launched between 1984 and 1989. The participants did not have heart disease at the start of the original study.

The men were revisited after four and 11 years, and completed four-day food diaries. After 20 years, 472 of the total men had experienced some sort of coronary heart event.

In the past few decades, the high fat content of dairy products has been a cause for concern for health experts, prompting advice for the public to cut back on full-fat milk. However, the researchers are the latest to question whether dairy products should be evaluated solely on their fat content, but rather their nutritional content as a whole.

Study author Dr. Jyrki Virtanen, adjunct professor of nutritional epidemiology at the University of Eastern Finland, told Newsweek: “Our findings and those from other studies suggest that fermented dairy products may have health benefits compared to non-fermented dairy. Therefore, it might be a good idea to use more fermented dairy, such as yogurt, kefir, quark and sour milk.

“Our findings suggest that the lower-fat versions might be a better choice, because we found the association only with low-fat fermented dairy. It would also be good to choose a sugar-free or low sugar version of the product, because especially many yogurts can contain a lot of added sugar.”

However, he acknowledged as the study was observational it can’t prove that fermented dairy products cut the risk of cardiovascular events.

“The next step would be to start randomized clinical trials, where e.g. health effects of fermented and non-fermented dairy products are compared.”

The microbiota, the bugs which populate the human body and outnumber our own cells by 10 to 1 are currently a hot topic among health researchers, and would be another interesting topic to investigate in terms of the effect of different dairy products, said Virtanen.

“Some of the beneficial effects of fermented dairy products may relate to their impact on the gut microbiota,” he suggested.

Earlier this year, a separate study found consuming dairy products such as milk and cheese could cut the risk of heart disease and stroke.