Depression can trigger a host of feelings from agitation and insomnia to poor appetite, or just the opposite—excessive hunger. It’s the hunger feeling some may use as a crutch or coping mechanism to comfort the feelings of hopelessness or despair. This may work temporarily, but depending on food choices, it can also backfire and make you feel worse. 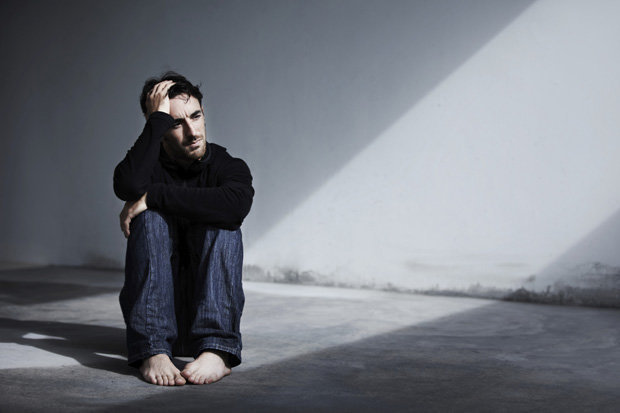 Here’s why—the ingredients in your food can affect your mood either positively or negatively. Too many sweets or highly refined carbohydrates such as white bread, pasta or sugary desserts will cause a rapid rise in blood sugar. Once a sugar spike has reached its peak, it has no other place to go except crashing down. This sluggish, sugar-crash feeling only adds to the depressive state. Plus, resorting to highly refined carbohydrates will likely lead to weight gain, making a person feel even worse.

Several studies have also suggested a link between eating fast food and depression. A 2012 study by the National Center for Biotechnology Information found eating commercially baked goods and fast food resulted in a 51 percent greater likelihood of developing depression compared to those who ate little to none of these foods. The study also found that a large consumption of fast food was linked to a rise in depression.

Another study found that men and women who consumed a healthy dietary pattern (whole grains, vegetables, fruits, nuts, fish)—compared to a traditionally Western diet (like white potatoes, cheese and meat)—had scores that were inversely associated with PHQ-9 depression scores.

To get a better idea of the exact role diet plays in depression, more research is necessary, but studies such as these do suggest that certain nutrients and dietary patterns may have a preventative role in this condition or, at the very least, to help reduce depressive symptoms.

The best advice for everyone, whether suffering from depression or not, is to eat a healthy, well-balanced diet providing all the essential nutrients our bodies need. Even though there is no specific diet for depression, there are certain foods and nutrients that may affect one’s mood.

Folate is a B vitamin that’s important for brain function. It helps the brain make certain essential compounds, and assists the neurotransmitters that carry messages from one area of the brain to another.

A 2012 study in The American Journal of Psychiatry found that patients with major depressive disorder had a better response to the antidepressants that were used in their treatment when they took a folate supplement as well. This is not to say folate by itself can be used to treat major depressive disorder, but it could be an important vitamin that someone with depression should consume regularly.