Moms everywhere have long been touting the health benefits of broccoli. The parent-approved vegetable is full of nutrients like fiber, vitamins C and A, calcium and folate. 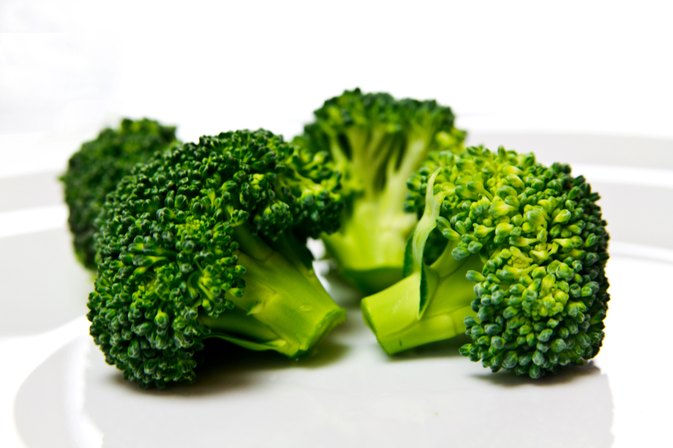 Plus several small studies indicate the cruciferous food could prevent blood vessel damage in people with diabetes as well as lower the levels of fat found in our blood. Broccoli also contains sulforaphane, a compound shown to offer some protection against warding off cancer—but only if you’re preparing it the right way.

A study published last month in the Journal of Agricultural and Food Chemistry revealed that stir-fried broccoli had reduced levels of the potentially cancer-fighting photochemical. However, researchers in China discovered that chopping broccoli before cooking helped the food maintain its levels of sulforaphane. Neurologist  Dr. Ayesha Sherzaia, co-director of the Alzheimer’s Prevention Program at Loma Linda University, explained that an enzyme known as myrosinase comes in contact with another component that’s a precursor to sulforaphane, which essentially releases more of the compound. Cooking damages the enzyme, making sulforaphane less available.

Equally important is chopping the vegetable, according to Sherzaia.

“You want to cut it into very small pieces and even blend it,” she told Newsweek. One cancer-fighting way to consume the food is by making broccoli soup. However, you’ll want to add blended raw broccoli first and let it sit for 30 minutes before adding to your soup base.

Chopping and exposing broccoli to the air allows it to activate the enzyme to promote sulforaphanes. In this study, researchers advise letting the broccoli sit for 90 minutes after chopping and Sherzaia said others have recommended at least 40 minutes.

“Regardless, the longer the better,” she said. “The important message in this particular paper is that if you cut broccoli into small pieces the enzyme will come into contact with myrosinase and the smaller the pieces the better.”

The best way to eat broccoli is raw, but steaming or stir frying for less than five minutes are respectable options. If you prefer some other method, like roasting, Sherzaia offers up one simple trick: adding mustard seed.

Some studies have shown that adding the ingredient to cooked broccoli could help boost its cancer-fighting compounds.

Many studies have shown that cruciferous foods can reduce inflammation and offer antibacterial properties, but they have mostly been conducted in animals. Still, we’re pretty sure that eating your greens will also make mom happy.