An Indiana teen claims he was expelled from his high school after he reportedly went to the school nurse when he fell ill after vaping, according to a local report. 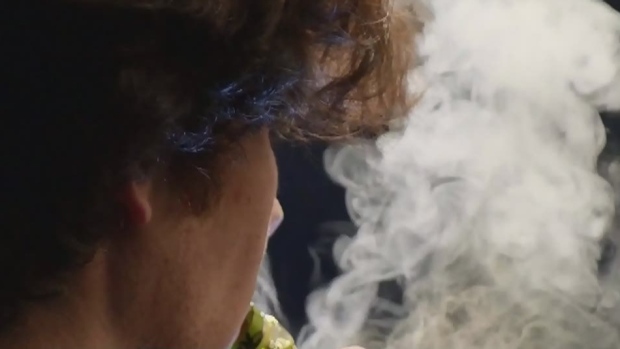 Kegan Houck, a former freshman at Owen Valley High School in Spencer, told RTV6 Indianapolis that he felt dizzy and nauseated after using his friend’s vaping device in the school restroom on Sept. 30.

After vomiting, he went to the school nurse, who was not identified. The nurse realized Kegan, 15, required additional medical assistance and he was subsequently taken to a local hospital. At the time, his oxygen levels were 70 percent, according to the news station. (A value under 90 percent is considered low, per the Mayo Clinic.)

It’s not clear what hospital Kegan was taken to, but doctors there reportedly diagnosed him with pneumonitis (lung inflammation). The condition was a result of vaping, RTV6 Indianapolis reports.

“How are we supposed to tell our children if you have a medical problem, even [if] it is smoking a vape in school, and I understand he did wrong by doing that, but we are teaching them don’t go to school officials, don’t go to the nurse, because you could get in trouble,” she said.

“It’s a true nightmare,” continued Houck, who claims she wrote a letter to school officials in an attempt to get her son re-admitted — but to no avail.

VAPING DEATH TOLL HITS 34 IN US AS CDC CONFIRMS OVER 1,600 ILLNESSES

It’s not clear if the student who allegedly offered Kegan the vaping device was similarly punished.

In an update issued in late October, the Centers for Disease Control and Prevention (CDC) said there were more than 1,600 cases of e-cigarette or vaping-associated lung injury (EVALI). A specific compound or ingredient causing the injuries has not yet been identified.

A representative for Owen Valley High School did not immediately return Fox News’ request for additional comment on Monday.