Sushi may sound like a healthy choice, but if it’s not prepared properly, raw fish can carry some pretty icky parasites. That’s what sent a 32-year-old Portuguese man to the emergency room with vomiting, severe gastrointestinal pain, and a low grade fever, according to a new case study. 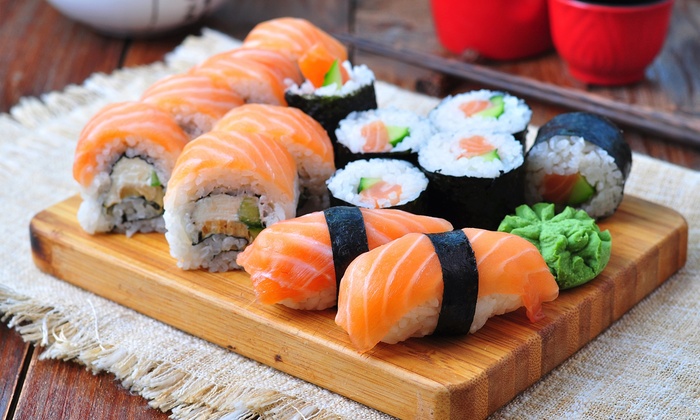 At first doctors thought the patient would need surgery — but when he told them he had recently eaten sushi, they suspected a parasite infection. To look for the wiggly little worms, doctors inserted an endoscope, a long tube with a camera on the end, down the man’s throat and into his stomach.

The camera spotted larvae from a fish parasite called Anisakis firmly attached to a swollen gut lining. The larvae were removed with the use of a specialized little net. The man’s symptoms quickly resolved.

While the majority of cases of parasite infections from raw fish have been reported in Asian countries, “it has been increasingly recognized in Western countries,” the Portuguese researchers wrote in the BMJ report.

Raw fish can be eaten safely, but only if certain rules are followed. One rule of thumb is to eat fish that has been previously frozen, according to the Food and Drug Administration. Freezing kills many parasites, although it doesn’t kill all harmful microorganisms.

Before consumption fish needs to be frozen, according to the following guidelines from the Centers for Disease Control and Prevention:

Although when eating at a restaurant, there’s no way to know for sure whether the rules have been followed.

Symptoms can occur immediately after eating fish contaminated with the little worms.

“Some people experience a tingling sensation after or while eating raw or undercooked fish or squid,” the CDC warns. “This is actually the worm moving in the mouth or throat.”

At that point, the person can often extract the worm manually from their mouth or cough up the worm and prevent infection. Some people experience vomiting as a symptom and this can often expel the worm from the body.

Fortunately, there aren’t a lot of cases — yet — in the United States.

“The main symptom is pretty severe abdominal pain that typically occurs within hours of consuming raw or undercooked fish,” said Vanagunas, a professor of medicine at the Feinberg School of Medicine at Northwestern University and Northwestern Memorial Hospital.

Sushi fan Dr. Mohamed Yassin said any kind of fish can be infected and it can happen anywhere. The upside: parasites are less common among fresh water fish.

One last horrifying warning: Infections aren’t limited to the gut.

“The worm gets into the body and then it’s trying to get out since it has no way to mature because we are not its host,” Yassin said. “So it can go to some unusual places, like the tongue, the oral cavity, the lungs, the liver, the eyes, or under the skin making you itchy.”