Measles has a devastating impact on the body’s immune system that could make it harder to fight infections for years, a pair of studies show. 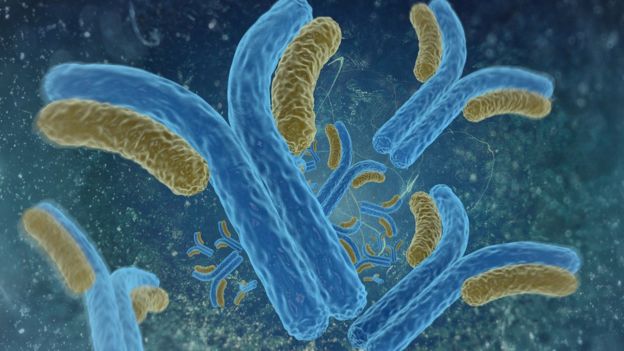 The virus can cause “immune amnesia” – meaning the body forgets how to fight bugs it once knew how to beat.

Measles also resets the immune system to a “baby-like” state, compromising its ability to devise ways of tackling new infections.

Experts said the findings showed the importance of vaccination.

Remind me, what is measles?

Measles is a virus that initially causes a runny nose, sneezing and fever.

A few days later it leads to a blotchy rash that starts off on the face and spreads across the body.

Most people will recover, but measles can cause life-long disability. It can be deadly, especially if it causes pneumonia in the lungs or encephalitis (swelling in the brain).

It is estimated that 110,000 people die from measles each year around the world.

Where do these findings come from?

The findings were based on detailed analysis of unvaccinated children in an Orthodox Protestant community in the Netherlands.

Blood samples were taken from the children, and then again two months after a measles outbreak in 2013.

Research groups in the United States, UK and Netherlands were analysing the samples to assess the impact of measles on the immune system.

The focus was on antibodies – the tiny proteins that stick to foreign invaders – and the white blood cells that make them.

How does measles wipe out immune memory?

The immune system has a memory of the hostile invaders it has fought off before.

Part of this memory is kept in memory B-cells, which are a type of immune cell that has specialised in producing just one type of antibody.

But the measles virus can infect and destroy these cells, causing “immune amnesia”.

They used a tool, called VirScan, that is like a fancy fishing rod that can catch thousands of different types of antibodies.

It allowed the team to build up an incredibly detailed picture of the children’s immune system before and after a measles infection.

Are there other forms of immune memory?

The study looked only at antibodies and the B-cells that produce them, but there are also equally important memory T-cells.

Measles can infected these T-cells too, but the studies have not yet been done on what happens to them.

“We do have really interesting anecdotal evidence suggesting the T-cell response would be affected in a very similar way,” said Dr Mina.