The number of US measles patients has reached a record high and may cause the nation to lose its “measles elimination status”, US health officials say. 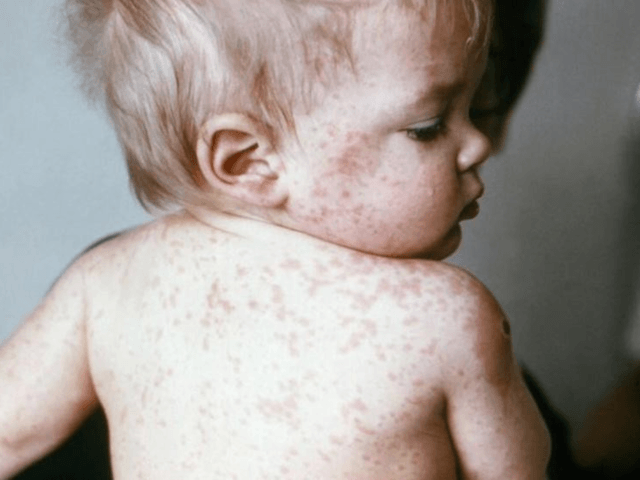 Sixty new cases were reported in the past week, bringing this year’s total to 971 cases in 26 US states – the highest since 1994.

The disease was declared effectively eliminated from the US in 2000.

Recent outbreaks have been attributed to foreign travellers spreading it to those lacking vaccinations in the US.

The US Centers for Disease Control and Prevention (CDC) said in a statement on Thursday: “If these outbreaks continue through summer and fall, the United States may lose its measles elimination status.

“That loss would be a huge blow for the nation and erase the hard work done by all levels of public health.

“The measles elimination goal, first announced in 1963 and accomplished in 2000, was a monumental task.”

The statement added that previously between three and four million Americans were diagnosed with the sometimes-fatal illness each year, leading to an estimated 400-500 deaths and 48,000 hospitalisations.

Earlier this year, Anthony Fauci of the National Institute of Allergy and Infectious Diseases testified to lawmakers that more must be done to prevent the spread of the disease.

“Yet we don’t do and have not done what could be done – namely eliminate, eradicate the virus.”