Viruses have a very limited set of genes and therefore must use the cellular machineries of their hosts for most parts of their growth. A new study has discovered a specific host protein that many viruses use for their transport within the cell. The discovery opens up new possibilities to develop a broad spectrum anti-viral therapy. 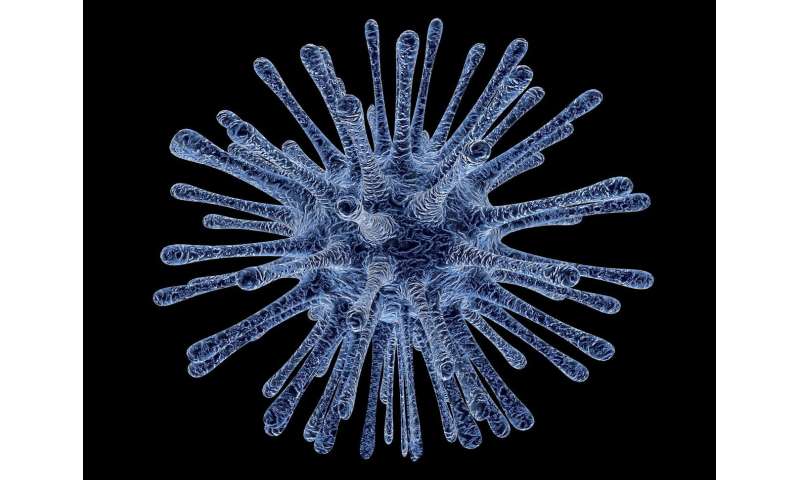 Shady Younis discussed this somewhat disappointing finding during a Department retreat with one of his PhD fellows, Wael Kamel, who did his PhD studies on the biology of adenovirus. This led to a suggestion to try to challenge the cells lacking ZC3H11A with a virus infection. To their surprise it turned out that there was a drastic reduction of the growth of adenovirus in cells lacking ZC3H11A compared with cells expressing this protein. This serendipitous discovery is an excellent example of how a good scientific environment can inspire scientists to collaborative efforts that may lead to important scientific discoveries.

“We have now demonstrated that at least four different viruses, adenovirus, influenza virus, HIV and herpes simplex virus, that all replicate in the host cell nucleus is dependent on the ZC3H11A protein for their efficient growth,” says Wael Kamel. “These viruses need ZC3H11A for the transport of virus RNA from the nucleus to the cytoplasm where the virus proteins will be produced before the viruses can exit the cell and infect other cells.”

The group has demonstrated that ZC3H11A is a stress-induced RNA binding protein and therefore appears to be part of a previously unknown mechanism how cells handle stress.

“The observation that the amount of ZC3H11A protein increases during a virus infection was a very surprising finding since viruses typically shuts down host cell protein expression to favour virus production,” explains Göran Akusjärvi who led the study together with Leif Andersson at the Department of Medical Biochemistry and Microbiology. “Our data suggest that nuclear-replicating viruses have hijacked a cellular mechanism for RNA transport activated during stress for their own advantage.”

The ZC3H11A gene is found in all vertebrates and is expressed essentially in all human cells, so there is no doubt that it has an important function. However, the fact that it does not appear to be critical for cellular growth but for replication of multiple medically important viruses makes it interesting as a target for the development of new broad spectrum anti-viral therapies.

“There is a strong need to develop new anti-viral drugs as is well illustrated by the quite severe influenza we have had this winter,” says Leif Andersson. “A major goal for the team is now to test if they can block how viruses take advantage of the function of the ZC3H11A protein and if this will impair virus growth in living animals, not only in cells as they have proven in the current study.”