Smokers need to quit cigarettes rather than cut back on them to significantly lower their risk of heart disease and stroke, a large BMJ study suggests. 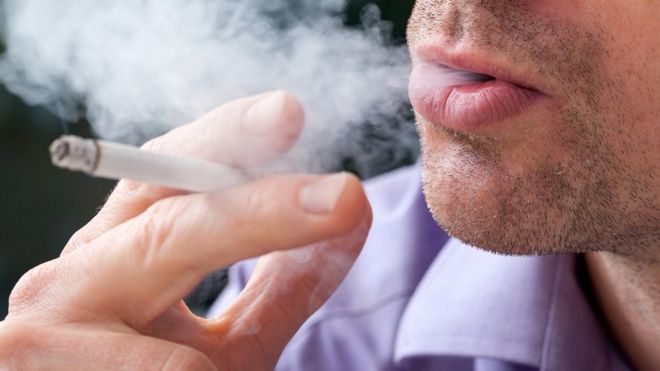 Cardiovascular disease, not cancer, is the greatest mortality risk for smoking, causing about 48% of smoking-related premature deaths.

While the percentage of adults in the UK who smoked had been falling, the proportion of people who smoked one to five cigarettes a day had been rising steadily, researchers said.

Their analysis of 141 studies, published in the BMJ, indicates a 20-a-day habit would cause seven heart attacks or strokes in a group of 100 middle-aged people.

But if they drastically cut back to one a day it would still cause three heart attacks, the research suggests.

The researchers said men who smoked one cigarette a day had about a 48% higher risk of developing coronary heart disease and were 25% more likely to have a stroke than those who had never smoked.

The researchers said it might be expected that smoking fewer cigarettes would reduce harm in a proportionate way as had been shown in some studies with lung cancer.

However, they found that men who smoked one cigarette per day had 46% of the excess risk of heart disease and 41% for stroke compared with those who smoked 20 cigarettes per day.

For women it was 31% of the excess risk of heart disease and 34% for stroke.

Prof Hackshaw said the increased risks of cardiovascular illness were over the course of a lifetime but damage could be done in just a few years of smoking.

But he said the good news was that those who quit smoking could also quickly reduce their risk of cardiovascular disease.

Cutting down not ‘useless’

Paul Aveyard, professor of behavioural medicine at the University of Oxford, said the “well conducted” study confirmed what epidemiologists had suspected – that light smoking created a “substantial risk for heart disease and stroke”.

But he said it was wrong to conclude cutting down smoking was useless.

“Those who try to cut down with the aid of nicotine, whether from nicotine replacement treatment or an e-cigarette, are more likely to stop eventually and thus really reduce their risks from smoking,” he said.

Martin Dockrell, tobacco lead at Public Health England, said: “This study adds to the growing body of evidence which tells us that cutting down to just one cigarette a day still leaves a substantial risk of heart attack and stroke. The best and safest thing you can do is to quit completely for good.”

Deborah Arnott, chief executive of health charity ASH, said: “It’s addiction to nicotine that keeps people smoking but it’s the tar in cigarette smoke that does the serious damage.

“Vaping is much less harmful, but only if you quit smoking altogether.”

Simon Clark, director of the smokers’ group Forest, said discouraging people from cutting down smoking could be “counter-productive”.