Fears over a dengue vaccine in the Philippines have led to a big drop in immunisation rates for preventable diseases, officials have warned. 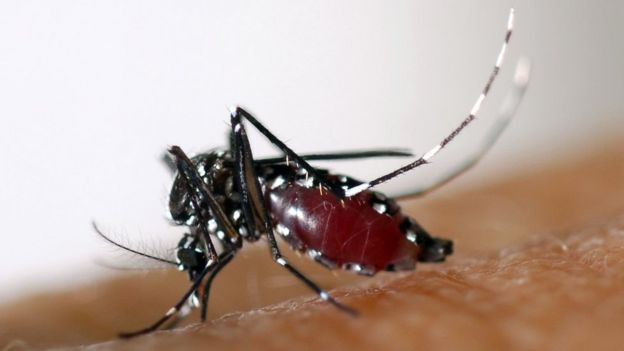 Health Under-Secretary Enrique Domingo said many parents were refusing to get their children vaccinated for polio, chicken pox and tetanus.

The fears centre on Dengvaxia, a drug developed by French company Sanofi.

Sanofi and local experts say there is no evidence linking the deaths of 14 children to the drug.

However, the company had warned last year that the vaccine could make the disease worse in some people not infected before.

Dengue fever affects more than 400 million people each year around the world. Dengvaxia is the world’s first vaccine against dengue.

The mosquito-borne disease is a leading cause of serious illness and death among children in some Asian and Latin American countries, according to the World Health Organization (WHO).

What did Mr Domingo say about immunisation rates?

“Our programmes are suffering… (people) are scared of all vaccines now”, he warned.

Mr Domingo added that vaccination rates for some preventable diseases had dropped as much as 60% in recent years – significantly lower that the nationwide target of 85%.

What triggered fears about Dengvaxia?

Dengvaxia immunisations were halted last year, as the Philippines launched an investigation into what caused the deaths.

On Saturday, Doctors for Public Welfare (DPW) said a clinical review conducted by Philippine General Hospital forensic pathologists had determined that the deaths were not linked to the vaccine, the Philippine Daily Inquirer reported.

What about Sanofi’s reaction?

In a statement, the French company said: “The University of the Philippines-Philippine General Hospital expert panel confirmed… that there is currently no evidence directly linking the Dengvaxia vaccine to any of the 14 deaths.

“In Dengvaxia clinical trials conducted over more than a decade and the over one million doses of the vaccine administered, no deaths related to the vaccine have been reported to us.

“Clinical evidence confirms dengue vaccination in the Philippines will provide a net reduction in dengue disease.”

Last November, Sanofi announced that its vaccine could worsen the potentially deadly disease in people not previously infected.

“For those not previously infected by dengue virus, however, the analysis found that in the longer term, more cases of severe disease could occur following vaccination upon a subsequent dengue infection,” the firm said in a statement.

Sanofi says Dengvaxia has been registered in 19 countries and launched in 11 of them.

In its latest advice on the vaccine, the WHO said that “until a full review has been conducted, WHO recommends vaccination only in individuals with a documented past dengue infection”.