Pinterest users searching for vaccine-related information will be directed to results from “public health organisations”. 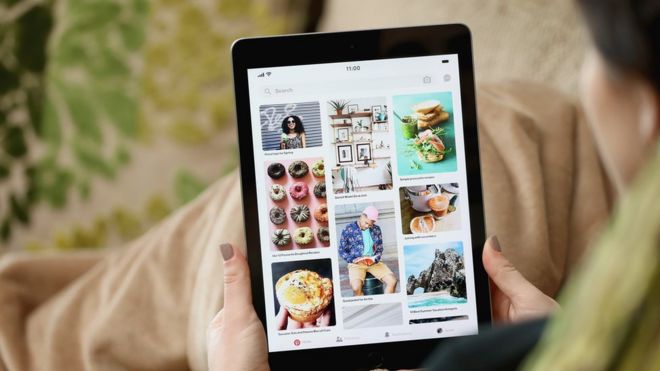 Social media companies are facing increasing scrutiny over how they moderate content on their sites.

In recent months, other firms including Facebook have taken some steps to address vaccine misinformation.

Under the new policy, Pinterest said searches for “measles,” “vaccine safety” and other related health terms will return results from public health bodies including the World Health Organization (WHO), the Centres for Disease Control and the WHO-established Vaccine Safety Net.

“We’re taking this approach because we believe that showing vaccine misinformation alongside resources from public health experts isn’t responsible,” the firm said in a statement.

“As we continue to tackle health misinformation, we remove it and the accounts that spread it from our service,” Pinterest said.

The WHO said anti-vaccine views were a “top 10 global health threat” in 2019.

The volume of anti-vaccine sentiment on social media has risen in recent years, sparking concern that it is having a negative impact on immunisation rates in some countries.

In recent months, some platforms have taken steps to counter false information about vaccines.

The move in February followed protests from companies who discovered their adverts were running alongside the controversial videos.

In a statement in March, Facebook said it was working to “tackle vaccine misinformation… by reducing its distribution and providing people with authoritative information on the topic”.

The company said measures to be taken included rejecting ads with misinformation about vaccines and not showing misleading content on hashtag pages.

Instagram – which is owned by Facebook – said in May it would block hashtags being used to spread “verifiably false” information about vaccinations.