A prescription drug linked to 33 deaths in 2017 in Northern Ireland will now be treated as a class C drug. 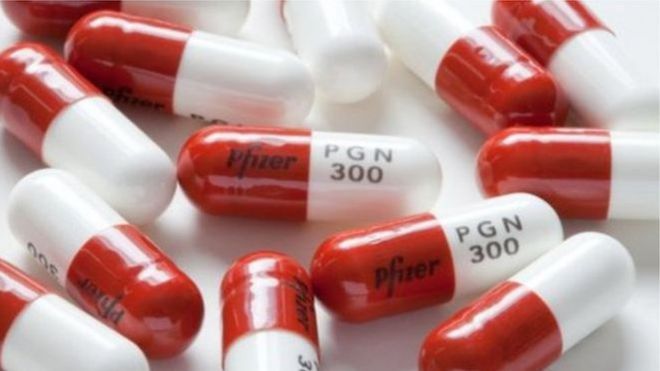 Pregabalin – also known by the brand name Lyrica, or the street name bud – is an anti-epileptic drug also used to relieve chronic pain.

Northern Ireland has the highest prescription rate for pregabalin in the UK.

It is illegal to have class C drugs without a prescription and illegal to supply or sell them to others.

There will also be stronger controls in place to ensure accountability and minimise the chances of pregabalin falling into the wrong hands or being stockpiled by patients.

Deaths relating to the prescription drug are on the rise.

In 2016 eight drug deaths were linked to Lyrica misuse – one year later that figure rose to 33.

The Advisory Council for the Misuse of Drugs made the recommendation to reclassify the drug in a letter to ministers, including the then home secretary Theresa May, in January 2016.

The letter cited warnings from the Health and Social Care Board (HSCB), which highlighted “significant misuse and abuse” of the drug.

Where are the drugs coming from?

There is a growing illicit market for the drug in Northern Ireland, with many people purchasing it online from unregulated websites.

It is understood that Lyrica has been coming into Northern Ireland in fairly constant levels for a number of years, along with other prescription drugs including diazepam and temazepam.

They are illicitly bought or sold and supplied through the internet and largely the individuals are appearing to be using a mixture of drugs.

“Many such drugs that are bought from illicit sources do not actually contain medicines that they purport to be.

“Any medicine or any drug can be a poison – it all depends on three things: Where you get it from – was it prescribed and supplied from a regulated source?; how much you take – was it taken within accepted dosages?; what you take it with – mixing drugs together and with alcohol can create a toxic mix that is lethal.”