Turmeric, a cousin of ginger, is one of the principal spices in curry powder. Fresh turmeric is a rhizome root, like ginger—though smaller, with a tawny skin and a bright orange interior. You can also find turmeric dried and ground to a bright golden powder. Turmeric has been used for centuries to flavor, color, and preserve foods but also as a medicinal remedy in the treatment of inflammatory disorders. Read on to find out what we know about this functional food and the tastiest ways to consume it. 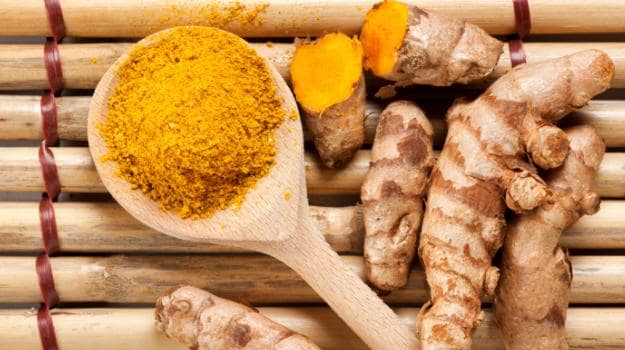 Curcumin, the bright yellow polyphenol compound found in turmeric, has been the focus of research due to its potential to prevent chronic diseases such as cancer, heart disease, arthritis, diabetes, and Alzheimer’s disease. Clinical studies support curcumin’s anti-inflammatory and antioxidant effects on obesity and associated inflammation, leading to outcomes such as weight loss, improved blood lipids, reduced risk of atherosclerosis, and improved insulin sensitivity. [1]

Researchers have identified chronic infections and inflammation as major risk factors for various types of cancer. As such, regular consumption of turmeric has been touted as a possible contributor to lower cancer rates. Results from several studies suggest that curcumin may reduce tumor promotion, block cell transformation, and minimize the spread of certain types of cancer. [2]

Treatment for Alzheimer’s disease (AD) with curcumin may provide protective effects such as helping block the formation of amyloid plaques and reducing the production of inflammatory substances. The outcome is reduced deterioration of brain function, which may slow the development of AD. Research suggests that curcumin may actually be one of the most promising compounds for the development of AD therapies. [3]

Curcumin’s role in the treatment of arthritis also shows promise. Studies show that patients supplementing with curcumin had reduced arthritis pain and swelling due to the inhibition of COX-2 activity.[4] This is typically what NSAIDs are prescribed for.

Ways to Use Turmeric

Looking for fun and refreshing ways to add turmeric to your diet? We’ve covered all the bases.

Awaken your taste buds in the morning with this Turmeric Omelet with Tomato and Onions. Or perhaps you’d rather add a dash of the spice to your Chai Latte. The addition of turmeric actually boosts the Indian flavor and the antioxidants in chai tea. For something cool and creamy, we highly recommend our Turmeric-Mango Smoothie, which is brimming the antioxidants.

On the savory side, our Turmeric Pork Chop with Green Onion Rice is a major palate pleaser. Not a fan of pork? Tandoori Chicken Thighs will ignite your taste buds with just one bite. And to wash it down, look no further than our turmeric-laced twist on a Dark and Stormy, the classic dark rum and ginger beer combo. If you don’t have fresh turmeric, substitute 1 teaspoon ground turmeric.