Insurance shoppers likely will have several choices for individual health coverage this fall. The bad news? There’s no guarantee they will cover certain doctors or prescriptions. 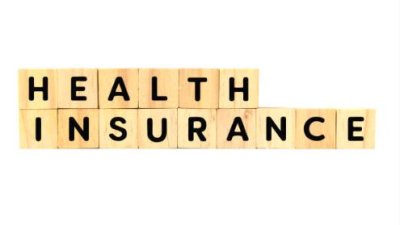 Health insurers have stopped fleeing the Affordable Care Act’s marketplaces and they’ve toned down premium hikes that gouged consumers in recent years. Some are even dropping prices for 2019. But the market will still be far from ideal for many customers when open enrollment starts Thursday.

Much of the insurance left on the marketplaces limits patients to narrow networks of hospitals or doctors and provides no coverage outside those networks.

Plus these plans can still be unaffordable for people who don’t receive help from the ACA’s income-based tax credits, and they often require patients to pay several thousand dollars toward their care before most coverage starts.

“People understand that things are kind of screwed up,” said Chicago-area broker Robert Slayton. “My objective is to give them what reality is, to give them options. Their job is to choose what may work.”

The ACA expanded coverage to millions of Americans when it established state-based marketplaces where people can buy a plan if they don’t get insurance through work or qualify for government programs like Medicaid. But the expansion has been rough.

Several insurers pulled back from these markets after being swamped with higher-than-expected costs. Many that remained jacked up prices or started limiting the hospitals and doctors included in their coverage networks.

She didn’t find any plans that would cover his current doctors, including some at the Children’s Hospital of Philadelphia, who treat his congenital heart disease.

“The issue with kids like Joshua is, it really matters, it’s life or death where you go,” she said.

Plans with some form of a limited network made up more than half of the choices offered for 2017 on the ACA’s marketplaces, according to the latest numbers from McKinsey. That coverage was particularly common in the price range where most consumers shop, which is within 10 percent of the lowest-priced plan.

These plans grew more common from 2014 to 2017, especially in cities where insurers could choose between competing hospital networks. But that trend has since stabilized, said McKinsey’s Jim Oatman.

Even so, brokers aren’t expecting narrow networks to go away. In some markets like St. Louis, they were the only option shoppers had among 10 plan choices for this year.

The narrow networks are grouped by hospital systems, and broker Kelly Rector has several customers who see doctors in different systems. She advises them to pick their coverage based on which doctor is most important and drop the others for in-network options.