Though it’s far from a sure thing, brushing your teeth regularly is never a bad idea. Is the toothbrush a powerful disease-fighting tool? Maybe. Changes in the collection of bacteria living in our mouths have been linked to colorectal cancer, oral cancer and even diabetes. 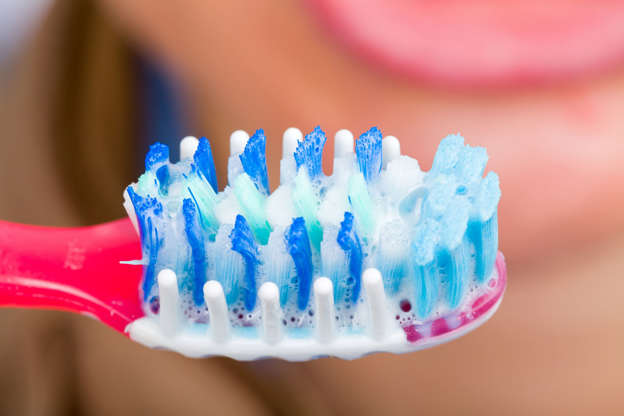 Bad oral health has also been linked to heart disease, though that might just be because the risk factors for heart disease and gum disease are similar. Bacteria may also alter people’s risk of developing esophageal cancer, according to findings published in Cancer Research on Friday.

Researchers took samples of the bacteria found in more than 120,000 people’s mouths and ran a DNA analysis to identify all the species that were there. Then, over a 10-year period, they waited to see if anyone would get esophageal cancer; 106 people eventually did.

A few of those bacteria seemed to be especially associated with higher or lower risks of esophageal cancer, the authors found. People who had higher levels of Tannerella forsythia and Porphyromonas gingivalis were associated with a higher risk of cancer. Specifically, Tannerella were linked with a 21 percent increased risk; other researchers had previously found high levels of Porphyromonas in esophageal tumors.

Among other things, smoking, drinking and having bad acid reflux have been linked to a higher risk of getting esophageal cancer, according to the American Cancer Society.

More research may clarify the links. “Our study indicates that learning more about the role of oral microbiota may potentially lead to strategies to prevent esophageal cancer, or at least to identify it at earlier stages,” New York University population health researcher Jiyoung Ahn said in a press release that accompanied in the paper. “The next step is to verify whether these bacteria could be used as predictive biomarkers”—that is, whether high levels of these bacteria might be able to serve as a warning sign of esophageal cancer.