A 29-year-old woman in France said she has learned to accept her body and embrace her new looks after an allergic reaction to medication left her with burns on 90 percent of her skin. Camille Lagier, who underwent a tonsillectomy in September of 2017, said her symptoms began after she was prescribed penicillin during her recovery, MDW Features reported. 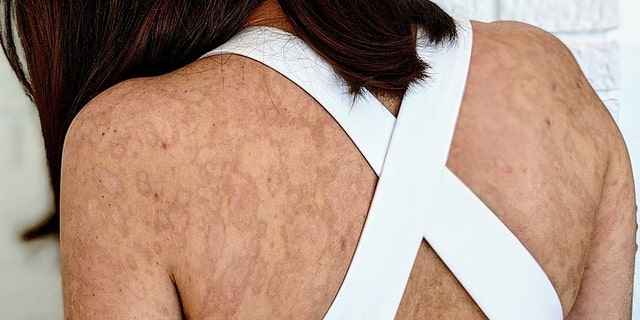 According to Johns Hopkins Medicine, the condition causes the patient’s skin to peel in sheets, leaving large raw areas of the body exposed, which allows skin fluids and salts to ooze from the damaged areas. Patients are susceptible to infection, with treatment typically requiring hospitalization in a burn unit. It’s typically caused by a reaction to a prescribed antibiotic or anticonvulsive medication.

“I was covered in bandages because 90 percent of my skin was covered in second-degree burns and my eyes were delicately cared for because patients can go blind after TEN,” Lagier told MDW Features.

She said the reaction affected her mouth, tongue, genitals and trachea, and that she was unable to speak for days.

MICHIGAN SCHOOL DISTRICT CLOSES AMID OUTBREAK OF THE FLU

“I spent eight days with bandages all over my body and all over my face. I was awake, and every minute was torture,” she said. “After eight days, they took the bandages off my face and two days later took them off my hands.”

Lagier said she spent three weeks in the hospital before she was released, and that she felt anxious and regretted ever fretting about her looks.

Lagier said she still has scarring from the ordeal, but that the scars serve as a reminder of survival. She has started a blog to help inspire others.