In 1991, Britta Fortson of Jacksonville, Florida, was preparing for her high school graduation when she noticed the vision in her right eye was blurry. Only 18 at the time, she made an appointment with a commercial chain vision center. 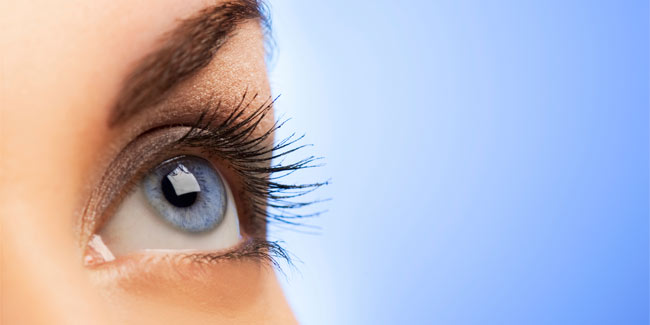 When the contact lenses she received didn’t correct her vision, she was sent to an ophthalmologist, who saw something unusual on her optic nerve during the exam.

“The ophthalmologist sent me straight to an oncologist,” she told Reader’s Digest. “He knew right then it was cancer.”

The diagnosis of ocular melanoma, a rare and deadly cancer making up only 5 percent of all melanomas, rocked the teen and her family, changing Fortson’s plans to go away to college. Instead, she attended a community college while she awaited treatment.

“The doctor wanted to remove my eye, but my mother was adamant that they didn’t. She found a hospital in Philadelphia that would perform radioactive plaque therapy instead, which allowed me to keep my eye, though I did lose my vision in it,” Fortson explains.

The treatment was effective, and after further testing she was given a clean bill of health and allowed to go to Florida State University as she originally planned. (Watch out for the 10 sneaky places you can get skin cancer that aren’t on your skin.)

During the years that followed Fortson would marry, have two children, and become a speech pathologist for a nursing home. She became immersed in pursuing her talent for singing, and developed a love of competitive running.

“After I reached the five-year mark of being cancer-free, I never really feared that the cancer would return,” Fortson recalls.

In 2015, at the age of 42, Fortson received an abnormal lab test result during a routine annual check-up with her primary doctor.

“My liver enzymes were elevated, so my doctor ordered an ultrasound,” she explains. “I felt fine, so I put it off for three months,” she continues.

When the doctor requested that she have her husband come with her to the appointment to receive the results, she knew something was wrong.

“I was shocked,” she says. “I never thought it was possible that my eye cancer had come back in my liver of all places,” she recalls.

When a biopsy revealed that the tumor in her liver was indeed melanoma, Fortson’s sister encouraged her to go to MD Anderson Cancer Center in Houston, Texas. Ocular melanoma spreads to other regions of the body, most often the liver, in about 50 percent of cases, and is the second most diagnosed form of melanoma. Fortson met with Sapna Patel, MD, at the University of Texas MD Anderson Cancer Center and began treatment with immunotherapy.